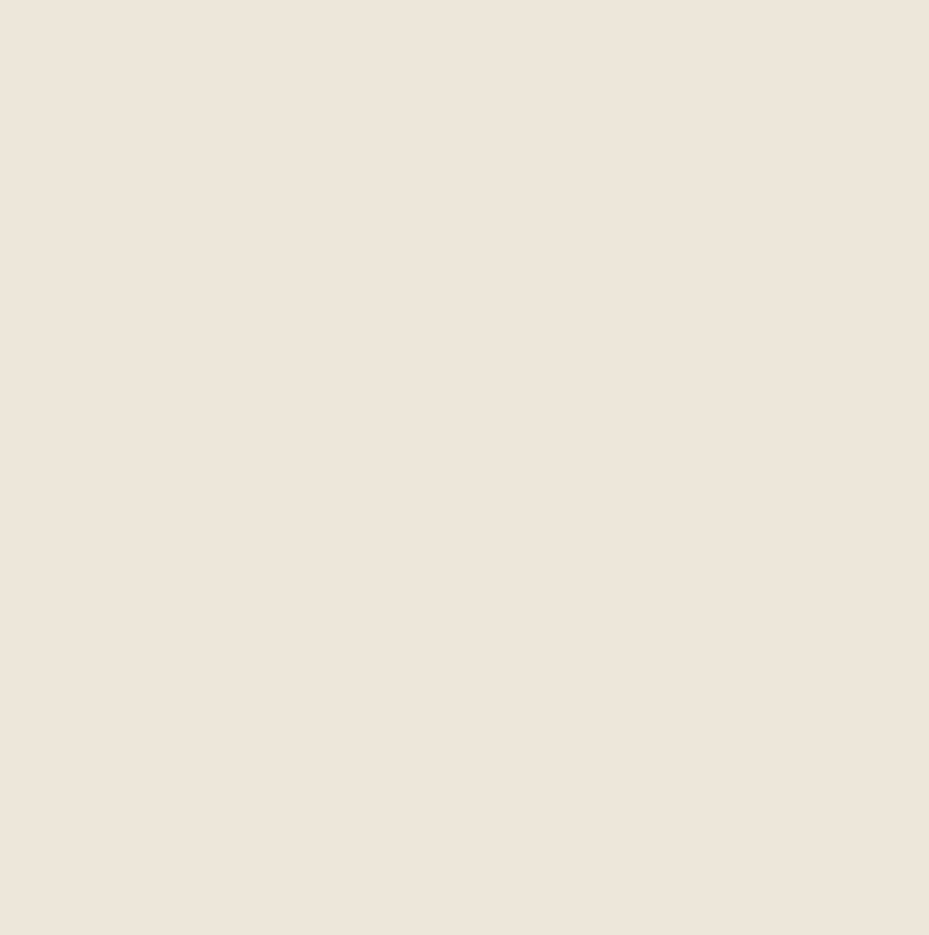 This machine didn’t work.  There is a rubber belt which drives the print head.  It was totally gone and had to be replaced. The type and size of the belt does not seem to be very critical.

A worse part in the repair was the print head.  The head consists of seven electromagnetic drivers.  Each driver moves a thin steel wire inside a small flexible tube forward when it needs to print a dot.  At the end of the seven wires they are vertically aligned in a small plastic block.

After years not being used, dried ink blocked movement of the wires inside there  tubes.  With alcohol, some moderate heat, some moderate force on the wires and a lot of patience they finally started moving.  Ink ribbons are not widely available.  I found a Dutch supplier who delivers worldwide and has a very wide collection of ribbons and other calculator and typewriter related supplies.  See Links.

There are six  large PCB’s. Four are packed with a total of more then 200 IC’s, each IC containing a bit of logic. The other PCB’s include some power electronics to drive the print head.  It all still  works fine.  So does the core memory.

Below is a close-up of the print synchronisation wheel. It shows some but not all detail. 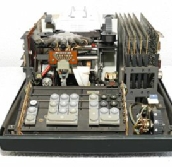 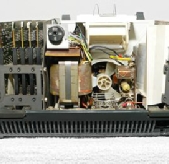 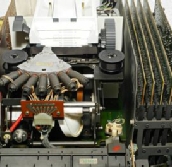 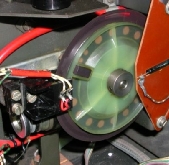 The kind of early IC’s used