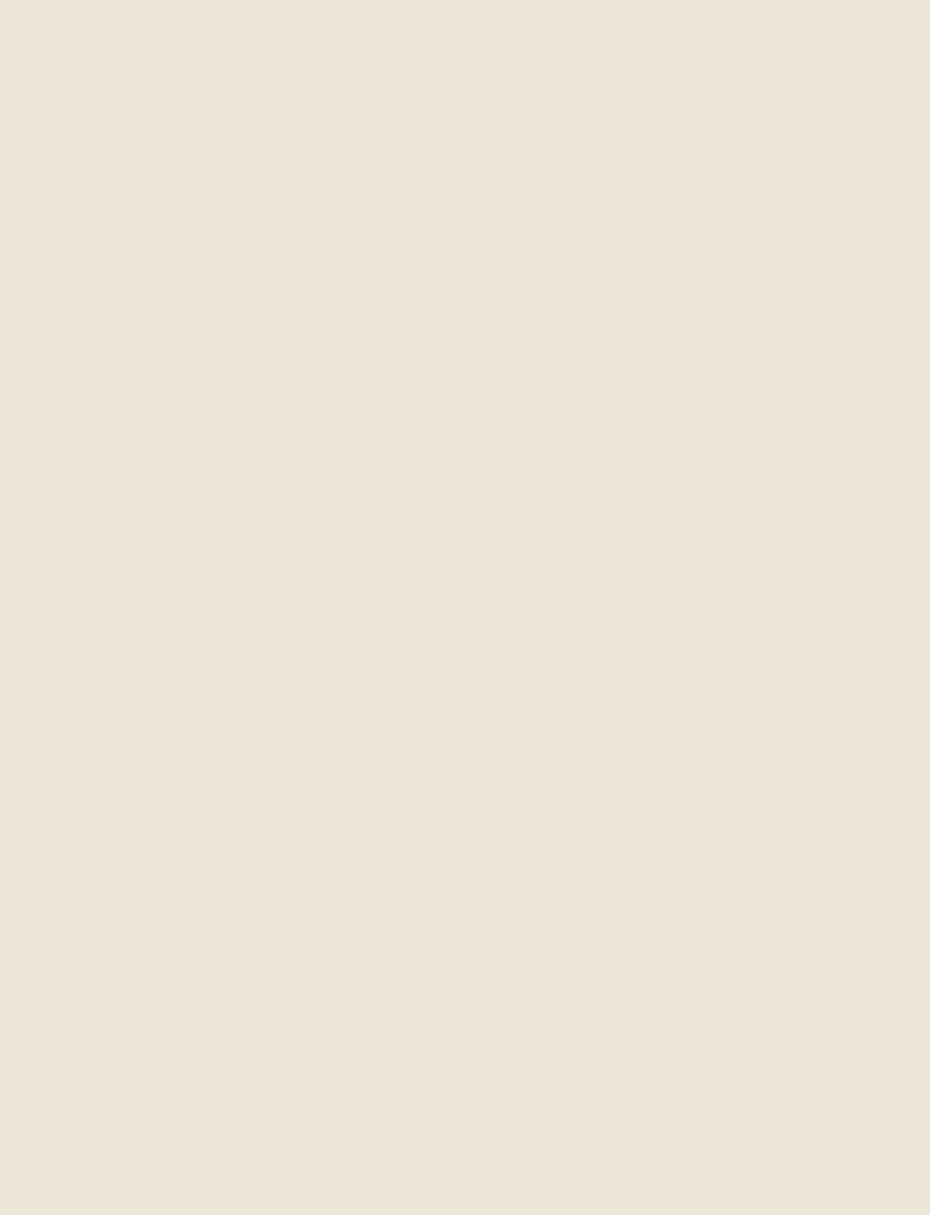 After a slow start in the second half of the 60’s, semiconductors took over the world of mechanical calculators in a matter of years.  Mechanical typewriters however survived much longer.  In the western world they lasted until the end of the 80’s when computers/printers took over most of this market.  The original owner of my IBM Selectric bought a PC + simple daisywheel printer in the mid 80’s and paid about 6 times the price of the Selectric III  at that moment!

The IBM Selectric’s construction is quite different from the usual construction in 1960 and the previous decades.  It doesn’t contain type bars nor a moving carriage. The characters are placed on a small ball (*). In the Selectric II it contains 4 horizontal “circles”  with each 22 characters/symbols. While typing the character ball with its control mechanism moves along the platen.

Basically each key press is mechanically  transformed into a binary code.  A bit further inside the machine a mechanical DA converter translates the binary code back to analogue tilt and rotation of the character ball.  Due to that construction the IBM Selectric could rather easily be transformed into a computer controllable printer.  In a computer it is easy to generate such a binary  code and use it to control electromechanical actuators to form the same mechanical input as the typist does while pushing the keys.  7 bits i.e. 7 actuators are sufficient to form all characters.  A few extra actuators are needed to control other functions like back space and paper feed.  In the early years of computer development,  this caused  the IBM Selectric to form a step towards affordable high-quality printing.

On the internet there is a lot of detailed information regarding the internal construction of this machine.

(*) Note:  IBM is not the first to put its characters on an interchangeable medium. George C. Blickensderfer introduced a typewriter with a comparable mechanism around 1893. 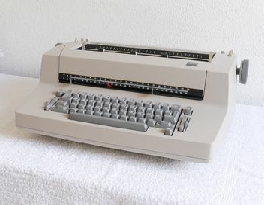 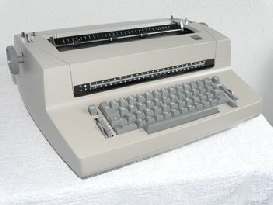 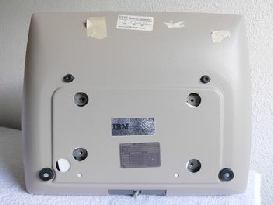 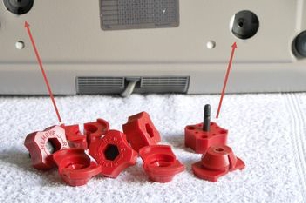