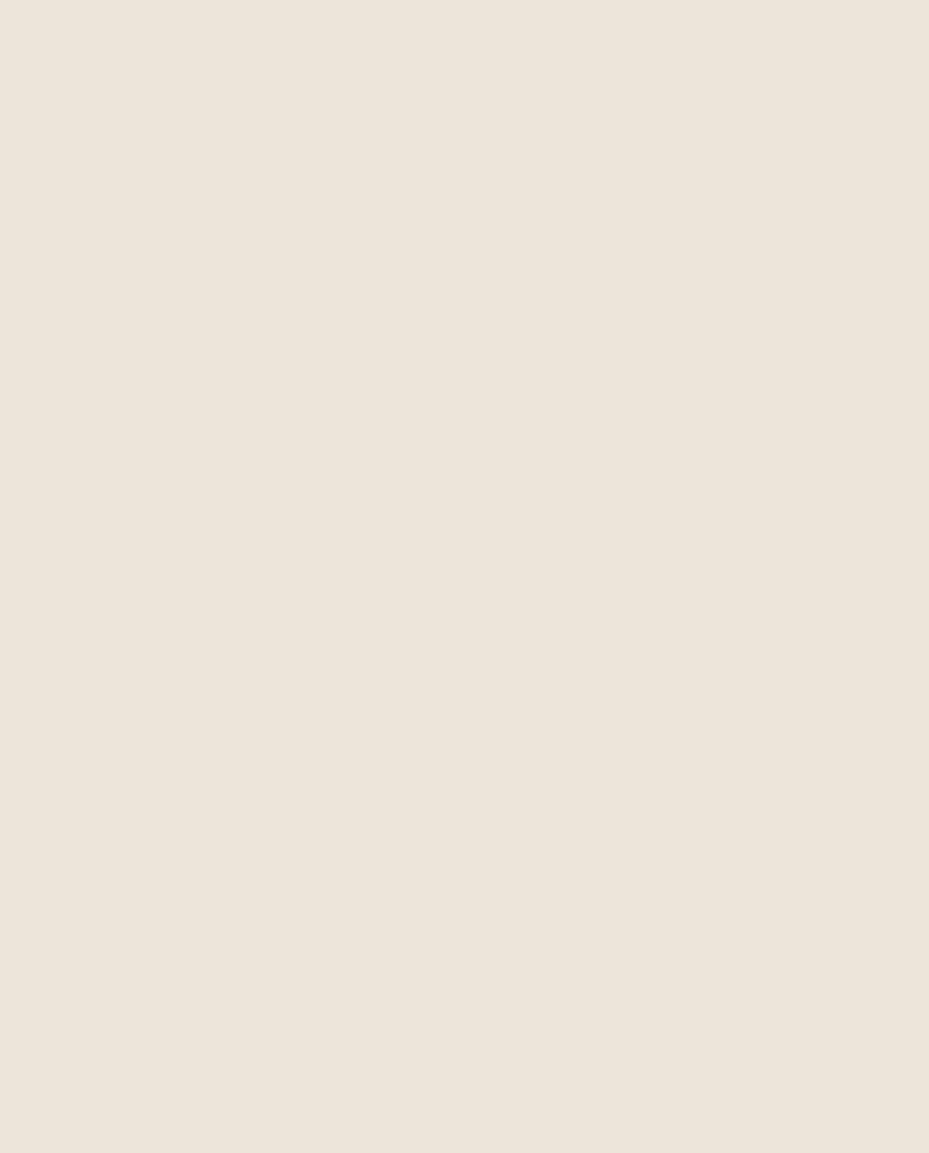 The 13RM is a late simple pinwheel machine. It is the last Brunsviga working according to the “Original Odhner” model.  At that time Brunsviga was already taken over by Olympia.  That’s why the 13RM was produced by  the Spanish Olympia factory. In 1878 the working principle of this type of machines has been invented almost at the same time by the Swedish Willgodt Odhner and the American Frank Baldwin.

With only minor changes and improvements they were produced until about 1970. In the Netherlands and probably elsewhere as well these machines were commonly used by e.g. geometricians.

As usual for this type of machine

Move the carriage all the way to the right.

Enter the dividend in the result register with an Add operation.

Start subtracting  the divisor from the dividend by turning the main shaft anti-clockwise until the bell rings which indicates an underflow. Then make one turn backwards to correct for the underflow which causes the bell to ring again.

Next move the carriage on step to the right and go back to “Start subtracting ....” .  Repeat this until carriage is in its most-left position.

The quotient is in the counter register (left), the remainder is in the result register (right). 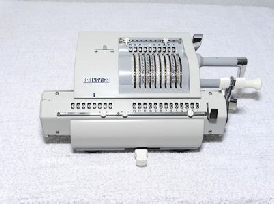 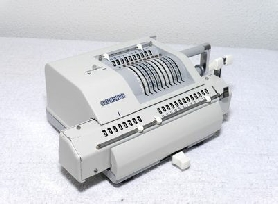 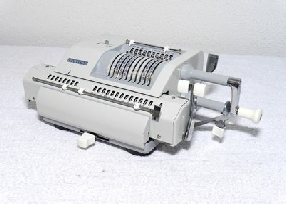 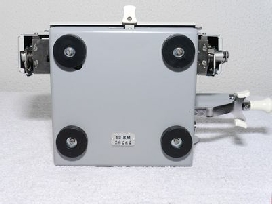 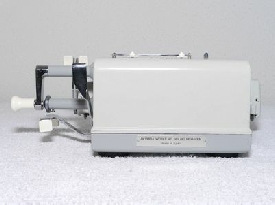